Chris Voss Podcast – The Technology Trap: Capital, Labor, and Power in the Age of Automation by Carl Benedikt Frey 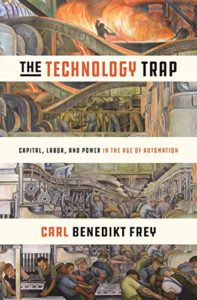 The Technology Trap: Capital, Labor, and Power in the Age of Automation by Carl Benedikt Frey

From the Industrial Revolution to the age of artificial intelligence, The Technology Trap takes a sweeping look at the history of technological progress and how it has radically shifted the distribution of economic and political power among society’s members. As Carl Benedikt Frey shows, the Industrial Revolution created unprecedented wealth and prosperity over the long run, but the immediate consequences of mechanization were devastating for large swaths of the population. Middle-income jobs withered, wages stagnated, the labor share of income fell, profits surged, and economic inequality skyrocketed. These trends, Frey documents, broadly mirror those in our current age of automation, which began with the Computer Revolution.

Just as the Industrial Revolution eventually brought about extraordinary benefits for society, artificial intelligence systems have the potential to do the same. But Frey argues that this depends on how the short term is managed. In the nineteenth century, workers violently expressed their concerns over machines taking their jobs. The Luddite uprisings joined a long wave of machinery riots that swept across Europe and China. Today’s despairing middle class has not resorted to physical force, but their frustration has led to rising populism and the increasing fragmentation of society. As middle-class jobs continue to come under pressure, there’s no assurance that positive attitudes to technology will persist.

The Industrial Revolution was a defining moment in history, but few grasped its enormous consequences at the time. The Technology Trap demonstrates that in the midst of another technological revolution, the lessons of the past can help us to more effectively face the present. 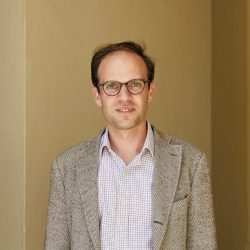 Carl Benedikt Frey is Oxford Martin Citi Fellow at the University of Oxford where he directs the programme on the Future of Work at the Oxford Martin School.

After studying economics, history and management at Lund University, Frey completed his PhD at the Max Planck Institute for Innovation and Competition in 2011. He subsequently joined the Oxford Martin School where he founded the programme on the Future of Work with support from Citigroup. Between 2012 and 2014, he taught at the Department of Economic History at Lund University.

In 2012, Frey became an Economics Associate of Nuffield College and Senior Fellow at the Institute for New Economic Thinking, both at the University of Oxford. He remains a Senior Fellow of the Department of Economic History at Lund University, and a Fellow of the Royal Society for the Encouragement of Arts, Manufactures and Commerce (RSA). In 2019, he joined the World Economic Forum’s Global Future Council on the New Economic Agenda, as well as the Bretton Woods Committee.

In 2013, Frey co-authored “The Future of Employment: How Susceptible Are Jobs to Computerization?”, estimating that 47% of jobs are at risk of automation. With over 5000 academic citations, the study’s methodology has been used by President Barack Obama’s Council of Economic Advisors, the Bank of England, the World Bank, as well as a popular risk-prediction tool by the BBC. In 2019, the paper was debated on the Last Week Tonight Show with John Oliver.

Frey has served as an advisor and consultant to international organisations, think tanks, government and business, including the G20, the OECD, the European Commission, the United Nations, and several Fortune 500 companies. He is also an op-ed contributor to the Financial Times, Scientific American, and the Wall Street Journal, where he has written on the economics of artificial intelligence, the history of technology, and the future of work.

His most recent book, The Technology Trap, was selected a Financial Times Best Books of the Year in 2019.